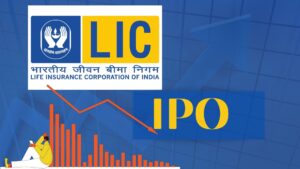 Supreme Court’s admission of PIL against LIC IPO is going to be the beginning of a significant battle for people’s welfare.

On 12th May 2022, the bench headed by Honourable Justice D.Y. Chandrachud, Honourable Justice Suryakant, and Honourable Justice P.S. Narasimha admitted WP (C) No.366/2022 filed by advocate S. Prasanna and argued by senior advocate Dr. Indira Jaising and issued notice to the Union of India, LIC, SEBI, and IRDAI. Though a stay on the listing of LIC was not granted, the issue is kept open, and soon we will find cans of worms coming out. The Additional Solicitor General’s arguments were frivolous. He argued that the petitioners have come to the court very late and 73 lakh subscribers have applied for the shares, including policyholders. He cleverly forgot to say that there are 40 crore policyholders at risk against the 73 lakh applicants, out of whom only around 20 lakhs may get shares.

The brilliant argument of Dr Indira Jaising highlighted the issues. The government is not the owner of the LIC; it is only the policyholders who own LIC. They have contributed 188000 crores towards the solvency fund. As they are the true owners, they receive 95% of the profit. Government is only a caretaker/controller. The proceeds of the IPO are not going to LIC, but to the coffers of the Government of India to meet its budget deficit.

LIC is like a mutual society. If shares are to be sold, there should be compensation to the policyholders in a process called demutualization practised all over the world.

Dr Indira Jaising requested a stay on listing even if shares are allotted, but the honourable court refused to grant a stay, while it admitted the petition and issued notice. In addition, the court referred to a petition dismissed by the Madras High Court challenging the money bill route to amend the LIC Act. It has also tagged another appeal by a policyholder from Mumbai.

Now that the supreme court has a full number of judges, the case should be heard fast. It may take two to three months. By the end of the year, more facts will come to light.

LIC is a household name. Almost every house has a LIC policy mobilized through 13 lakh agents. So each household has to be told the truth.

What is to be done?

The case needs to be supported by more facts and figures. We should also take the issue to the people’s court. Every household has to be contacted and told about the injustice being done to them.

We have to understand that it is not a matter of getting some money. If it were for money, the government would not have reduced the value of LIC to suit the investors. It appears that the government wants to destroy LIC so that the private insurance companies, who are not able to compete with LIC so far, will benefit.

In spite of everyone warning that this was not the right time, the Government went ahead with the IPO and lost a lot of money.

People need to know the history of insurance in India and the achievements of LIC. Occasional mismanagement has cost the policyholders, but people need to know that LIC can be better managed, and LIC policies are not for gambling but for assured return and security of life. We need to understand that our country does not have a robust social security system, and this is where LIC steps in.

One can easily study the contribution of LIC to India’s five-year plans, giving funds for development to the State and Union Governments, and its investment in various companies which ultimately helped the economy.

The issue of LIC is synonymous with the issue of inequality, justice, and social security which were envisaged in the Constitution of India. All Civil Society Organisations working with people at the grassroots, people’s movements that have direct contact with people, trade unions, and political parties have to take up the issue seriously as this is the question of the future of the majority population of the country.

I am reminded of Martin Niemoller’s poem-

“First they came for the Socialists,

and I did not speak out because

I was not a Socialist;

Then they came for the trade unionists

And I did not speak out because

I was not a trade unionist

Then they came for the Jews and

I did not speak out because I was

Then they came for me, and

There was no one left

To speak for me.”

So let us speak up now!