The second half of the winter session of the parliament continued to witness the members asking government questions related to finance. Some of these questions were related to the NPAs in various sectors of the Scheduled Commercial banks and Cooperative Banks, rationalisation of the branches and ATMs, charges levied by the banks on various services, disinvestment in the PSUs, LIC’s profits, Inequality in India, Non-Banking Finance Companies, foreign debt, and research assistance provided to the finance ministry by government-funded and private organisations. These questions were asked in Lok Sabha and Rajya Sabha between Dec 19-January 8, 2018. The compilation of questions asked in the first half of the current session can be accessed here.

Closure of Overseas Branches of PSBs

Finance Minister Arun Jaitley disclosed that as per the recommendations made by Whole-Time Directors and senior management of Public Sector Banks (PSBs), 55 overseas branches of 11 PSBs will be closed in the FY 2018-19. These PSBs are Allahabad Bank, Andhra Bank, Bank of Baroda, Bank of India, Canara Bank, Corporation Bank, Indian Overseas Bank, Punjab National Bank, State Bank of India, UCO Bank, and Union Bank of India. (AS 245)

The Government claimed that its efforts had shown positive results in the reduction of NPAs of PSBs by Rs. 2,21,984 crore due to recoveries during the last three and a half financial years, as per RBI data on global operations. It further told the parliament that the gross NPAs of PSBs have started declining, after peaking in March 2018, registering a decline of Rs. 26,789 crore, from Rs. 8,95,601 crore in March 2018 to Rs 8,68,812 crore in September 2018. (AU 2972)

As reported by National Bank for Agriculture and Rural Development (NABARD), as on 31 March 2018, out of 33 State Cooperative Banks (StCBs) 02 StCBs were in losses and out of 363 District Central Cooperative Banks (DCCBs), 49 DCCBs had incurred losses. The bank-wise position indicating yearly loss and administrative expenses incurred by the StCBs and DCCBs running into losses during the last three years are shared here. (AU 2942)

RBI not sharing data with SEBI

Securities and Exchange Board of India (SEBI) has informed that it has sought information from the Reserve Bank of India (RBI) on the list of certain corporate entities who have defaulted on bank credit and/or been classified as Non-Performing Assets (NPA). SEBI had sought the information to enable it to assess the impact on Investment Vehicles which could have invested in such entities. RBI had expressed its inability to share the list of such troubled accounts primarily due to the reasons of such defaults/ NPAs not being wilful defaults and the issue of customer confidentiality. (AU 4051)

The Growth of Public Sector Banks

Over the past three years, the rate of growth of credit and deposits of the private sector has been much higher than that of the public sector. (AU 2156)

In the recent past, Rs. 90,000 crore was allocated in the Union Budget and infused in various PSBs by the Government during the financial year (FY) 2017-18. In the budget estimates of FY 2018-19, Rs. 65,000 crore has been allocated for the recapitalisation of PSBs and an amount of Rs. 51,533 crore has been infused in PSBs till 31.12.2018. PSBs-wise details of capital infusion by Government in PSBs in FY 2017-18 and up to December 31, 2018 in FY 2018-19 shows that the Bank of India received the maximum capital infusion. India Infrastructure Financial Company Limited (IIFCL) is the only Central Public Sector Enterprise under the administrative control of the Department of Financial Services. An amount of Rs. 100 crore each in FY 2017-18 and FY 2018-19 was allocated in the Union Budget and infused in IIFCL by the Government. (AS 342)

RBI’s master circular dated July 1, 2015 on ‘Customer Service in Banks’, banks are allowed to decide the policy on levy of charges on non-maintenance of minimum balances with the approval of their Boards. The government shared that the ever since the policy was implemented in 2015, till September 2018, the PSBs have collected Rs 6, 246.44 crores. The Annexure also revealed that the only PSB which does not charge any penalty for non-maintenance of minimum balance in Saving Bank accounts is Punjab and Sind Bank. (AU 2150)

Based on the Quinquennial Household Consumer Expenditure Surveys of the NSSO conducted in 2004-05 (61st round) and 2011-12 (68th round), the Gini coefficient using Mixed Reference Period (measuring the inequality between different expenditure classes of the population) in rural areas has remained almost the same in 2004-05 and 2011-12 at 0.27 and 0.28 respectively. In the urban areas, the Gini coefficient has increased marginally from 0.35 in 2004-05 to 0.37 in 2011-12. This indicates almost no deterioration of inequality status in India. (AS 207)

As per RBI data, the number of branches opened by commercial banks during the last three years is provided below:

The RBI’s extant guidelines on “ Rationalising the Branch Authorisation Policy”, dated May 18, 2017, general permission has been granted   to domestic Scheduled Commercial Banks (SCBs) (excluding Regional Rural Banks), to open banking outlets at any place in the country without seeking prior approval of RBI in each case , subject to at least 25 percent of the total number of banking outlets opened during a financial year being in unbanked rural centres (Tier 5 & 6) with population less than 10,000. For this purpose, ‘Banking Outlets’ opened in any Tier 3 to Tier 6 centres (centres with population less than 50,000) of North Eastern States and Sikkim as well as in any Tier 3 to 6 centre of Left-wing Extremism (LWE) affected districts as notified by the Government of India from time to time, are also considered as equivalent to opening a ‘Banking Outlet’, in unbanked rural centres. (AU 2118)

The government recently launched web portal www.psbloansin59minutes.comto facilitate in principle approval for loans to Micro Small and Medium Enterprises (MSMEs) up to Rs. 1 crore within 59 minutes from Public Sector Banks (PSBs). Key features of the portal, inter-alia, include enabling borrowers to connect with multiple banks without visiting the branch, financial technology (FinTech) based architecture with high level of information security, analysis of data from distributed data points, loan products in line with scoring models and assessment methods within approved credit policies, prima-facie eligibility check for credit guarantee from CGTMSE (Credit Guarantee Fund Trust for Micro and Small Enterprises) etc. Till December 25, 2018, a total number of 40,669 loans have been sanctioned through this mode amounting to Rs.14,088.32 crore. (AU 2116)

The Government repays the principal component of its foreign debt according to the terms and conditions agreed with lending/donor agencies. In the current financial year, a foreign debt amounting to Rs. 22,631.0 crore ( rounded off to zero decimal places) has been repaid up to January 2, 2019. As on November 30, 2018, debt outstanding (rounded off to zero decimal places) to the World Bank and Asian Development Bank is Rs. 2,30,123 crore and Asian Development Bank: Rs. 87,757 crore respectively. (AU 4087)

RBI has further informed that the number of NBFCs registered with it has come down from 11,400 as on March 31, 2018 to 10,102 as on September 30, 2018, due to the cancellation of the Certificate of Registration (CoR) of companies which did not comply with those mandatory RBI requirements. (AU 2045)

Exposure of Mutual Fund to NBFC

History in the making: March for Accountability Act in Rajasthan 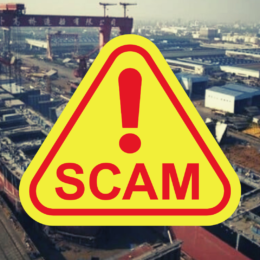