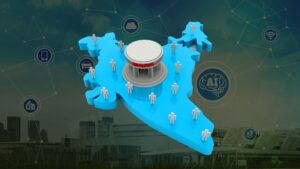 The RBI is looking to extensively use advanced analytics, artificial intelligence and machine learning to analyse its huge database and improve regulatory supervision over banks and NBFCs say TOI.

So the entire Data of Banks including Co-op Banks and NBFCs will be available to the MNC which will be selected finally. This is dangerous in many ways. One, experts say those policy decisions may be based on doctored algorithms. This will lead to the collapse of the system.Two, the data of Account holders will be available to these MNCs which can be misused. RBI will be violating the privacy policy which it should not. Three, India has a very weak cyber security system as seen from the numerous frauds using the UPI platform and the recent hacking of the AIIMS system which made it non-functional for more than a month. Someone can hack the MNC’s system and access all accounts. Hackers have proved again and again that they can hack high-security systems.

When RBI is refusing to disclose details of borrowers whose loans are written off except in the case of wilful defaulters, how can it allow these MNCs which have a bad track record to access data of the whole country? Data is the new Oil says, Mukhesh Ambani.

RBI has already damaged the secrecy clause by allowing G-pay, Phone Pe and Pay Tm to have access to the balance in the customer’s account in any bank. These entities are doing banking without a bank licence. RBI filed an affidavit in Supreme Court that Google Pay does not need a licence to operate and mislead the court. Now it is going to allow Multi-National Consultants to access data.

RBI has banned hundreds of loan apps only after serious frauds are reported. How these apps access our accounts is not known. RBI has a history of waking up late in the last few years.

AI & ML are only developing. Some of them already in the market like ChatGPT, Mid journey, Alpha coding etc have their problems say the experts.

In a recent article in the Hindu, Elijah Hoole critically examined the progress of AI. For 8 years Elon musk is promising self-driving cars but we have not seen the success of Tesla though Google has. AI is not as it was projected.

At the World Economic Forum, it was announced many years back that by 2025 machines will displace 85 million jobs and create 97 million new job roles but it has not been seen happening. The top 20 jobs which they proclaimed as disappearing still exist and now WEF is advised to revise their stand. AI is also too costly now and the benefits are not visible yet but MNCs are going to mint money. See the track record of some of these companies.

Mckinsey has been criticised for its role in promoting Oxycontin use in the context of the Opioid Crisis in North America; its work with Enron and many other such works.

NDTV article dated May 28, 2020, reported the flaws in the data provided by BCG on Covid 19. BCG had no expertise in Health but BCG representatives were in the covid-19 control room. Their role as a consultancy to WHO has also come for criticism.

PWC had a long history of controversies and was banned after corporate scandals. ‘Fortune’ reported 5 PWC scandals of massive scale. Deloitte is under investigation in the UK. It also had its role in IL & FS scandal in India. KPMG has had many controversies across the world and its senior partner was accused of lying in an investigation in the UK. Financial Times reported 2020, three audit cases on Ernst & Young which threatened its reputation. These are only a few examples.

In my own experience in SBI, the Bank had to reject many recommendations of Mckinsey after implementation and revert to the old modular structure as it affected the Control mechanism and business. Huge money paid to the company was a waste. BCG brought a Career Development System which had even calculation errors which we pointed out. Even after many modifications CDS in SBI has frustrated the majority of the officers in SBI.

Providing access to the entire data of the banking system to these companies will be disastrous. Instead of using these MNCs, RBI should develop its cadre or use SBI Institute for Information Technology, IIMs, IITs or other Public Sector Undertakings. The best is to hire young experts with expertise as regular Cadres in RBI to handle data and technology for supervision.
RBI and Govt should have an immediate rethink. After all, these MNCs also use a few youngsters without any expertise. They mint money from the Govt and they have no accountability. They are sitting in every Union Ministry and running the Govt which we should be ashamed of.

Indian Banking System has survived many onslaughts. But this is an unknown territory with huge risks. People forced this Govt to withdraw the Financial Resolution and Deposit Insurance(FRDI) Bill. People have to stop RBI from this misadventure. Bank Management, Unions, Associations and Customers have to stand together and fight.