When COVID-19 cases are increasing, people are waiting for relief package every day, states are begging the Centre for release of GST share, permit more loans, allow RBI to lend to states at repo rate, provide more PPEs and testing equipment, the Finance Minister tweeted with 13 threads defending write off of loans of willful defaulters.

Let’s discuss the trivial issue and the real bigger problems of the entire gamut of write off. Banks write off the loans when they are not recoverable from the day banking came into existence. Money lenders do it also.

It did not affect banks much till 1992. The reason was that banks were giving small loans more and big loans were a small percentage. So the write offs did not affect the banks. After 1992, the policies of the Government changed and smaller loans kept diminishing and larger loan to corporates kept increasing. So when you write off even few loans, the amount is huge. RBI report has said that 82% of the NPA belongs to corporates. The large loans which was around 8% of the total loans in 1990 has gone upto 38% in 2017.

When Mr. Rahul Gandhi raised questions on write off of 50 large loans of willful defaulters, Madam Nirmala Sitharaman jumped up, asked her people in the Ministry to come out with a reply and 13 replies were tweeted. She could have simply replied that all along banks write off some loans as per norms. Instead she said between 2010-14, banks wrote of Rs.145226 Cr. You should consult Dr. Manmohan Singh without saying how much was written off in the last 6 years. In 5 years’, banks have written of Rs.5,55,603 Cr as per RBI and during 2018-19 alone the write off is Rs.2.54 lakh Cr.

She has also stated that loans were given to well connected  people through, ‘Phone Banking’. Looks like the theory of Goebbels’s – “Repeat lie again and again. It will become truth.” Phone Banking is a lie. If it was true why no action has been taken against the MDs, Directors including RBI and Finance Ministry representatives in the Boards of the banks which takes the decision to give loans to the corporates.

Why Anil Ambani is still roaming free and continues production for defense when many of his companies are NPA and he has declared bankruptcy in London? Is it not known to people that Adani and Ambani are always favoured?

Then she takes the statement of Dr. Raghuram Rajan to support her claim. Then why did they throw him out? Why his recommendation to have a ceiling for each corporate Loan  and ask corporates to mobilise funds from the market?

She again tweeted that through attachment and seizure, Rs.18332.7 Cr have been recovered from Nirav Modi, Mehul Choksi and Vijay Mallaya but the break up of figures given by her comes to Rs.14056.95 Cr only. Whoever is giving her the figures for Budget or the relief package or attachment and seizure is poor in maths.

Finally, she says, “You play constructive Role”.  If that has to happen, the PM should take opposition into confidence. Come above his party and RSS as a real leader. Everyone wants to save the country. It is time to work together.

Now what is this Rs.68607 Cr waiver? It is only a tip on the iceberg. It represents only 50 large accounts of willful defaulters where write off has taken place. It is around 10% of the total write off. Willful default is defined as a default where the borrowers has capacity to pay. Ruchi Soya was taken over by Patanjali where huge write off has taken place. Why? Winsome diamonds of Jatin Mehta – has capacity to pay. He flew away. The companies have been mismanaged but the owners are still well off.

Banks write off when 100% provision is made from their own funds. But keep an account called advances under collection accounts or recalled debt accounts.

Technical write off is one where the write off is done at the Head office of the Bank but account is there in the branch as mentioned above for follow up. The reality is seldom the follow up takes place. A reply in parliament has stated that the recovery in 4 years from written off account was only 10.8% of the outstanding. That too may be from smaller accounts.

The government and RBI must publish list of all accounts written off, not just willful default accounts. There is no rationale for the secrecy.

When government announces a scheme to write off loans like they have done for farmers it is waiver and the cost is met by the government. It can be state or centre.

Now the biggest write offs are taking place through National Company Law Tribunal in the name of HAIRCUT. Average write off is 52%. Even 100% write off has taken place. Mukhesh Ambani could get 27000 Cr Alok Industries with 82% haircut. Is it not surprising that Essar Industries was willing to pay entire Rs 49000 Cr at the last minute but NCLT refused? So they have the money to pay. Vijay Mallya still says he can pay the entire loan without interest. Only the public are fooled. Legalised loot is taking place which needs to be probed.

The government must implement the recommendations of the Parliament Standing Committee on NPA submitted in February 2016.

Let it not defend the indefensible. 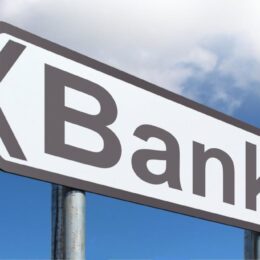 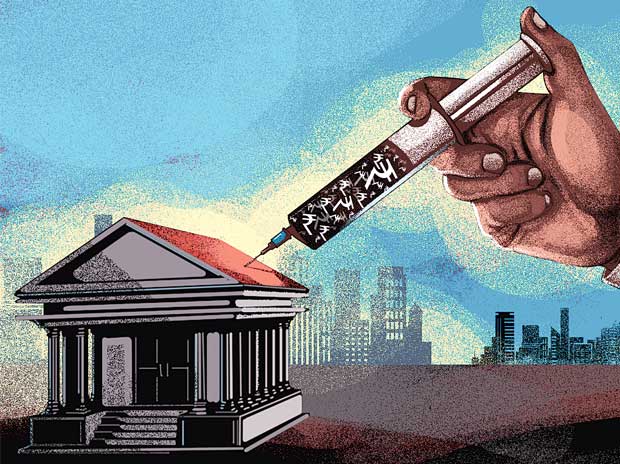 If you remember right, there is a joker called VP Singh in our political scenario. In his ministry there was another thug called Mufti Mohammed Sayed. His daughter Rubina Syed was kidnapped and VP Singh s government released three terrorists for the release of a SINGLE individual, thus setting a bad precedent. And it is with this Mufti Muhammad Sayed, CONgress is running a government in J K. Cut to Kandahar. The channels of the day like NDTV created a tamasha out of this incident. The entire families of the people who were in the plane which got hijacked demonstrated in front of the PM s house for giving in to the demands of the hijackers so that their family members are released. Channels started questioning if for the releae of daughter of a politician, three terrorists can be released, why not to save the lives of over a hundred countrymen? .

The article is misrepresentation of facts.

NPAs arevto clean balance sheet but these accounts are followed up even after write off.

As regards hair cut, internationally bad loans are sold to ARCs at not more than 10% of value.
Hence Mukesh Ambani paying 18% is very good price.

These General Secrteries of Unions in bank have zero knowledge of banking.
They indulge only in politics and Mr Franco is doing same even after retirement.