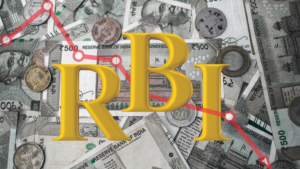 RBI is the regulator and supervisor of the monetary system. Its objectives are, to maintain public confidence in the system, protect depositors’ interests and provide cost-effective banking services to the public. Its roles are to maintain financial stability and to ensure adequate liquidity in the economy.

Its main functions are:

After the release of the Monetary Policy Statement in an interview with the RBI Governor, Mr Shaktikanta Das, the SBI Chairman Mr Dinesh Kumar Khara said, “The RBI policy is nuanced, nimble and forward-looking and ensures a fine balancing trade-off between growth and inflation. A marginal downward revision in growth estimates reveals that the only certainty in the current environment is uncertainty.”

So it’s UNCERTAINTY that prevails.

The reality is that in every quarter, RBI is revising its growth target for the country downwards. They have not been able to control inflation at 4% plus or minus 2% which is their own target.

Let’s look at some statements of RBI.

“India, an island of resilience in an otherwise volatile and gloomy world”. This is not true if we look at the unemployment rates, fall in production and export and income inequality.

On Central Bank Digital Currency (CBDC) the Governor says, “The newly introduced CBDC does not leave a trail with a bank, therefore ensures anonymity.” He goes on to add that it is also possible to get legal provisions to ensure anonymity.

Why there should be anonymity?

To help black money accumulation in digital form after supporting demonetization? How does he claim that CBDC does not leave a trail with banks? If it is true, is it not dangerous? Already we have numerous frauds in the UPI system where money is transferred to anonymous accounts. It appears that he is as clueless, as he was clueless during demonetization.

The RBI has submitted a statement to the Supreme Court, stating that demonetization was a nation-building exercise. More than 100 people died in the queues, lakhs of MSMEs and small traders lost their businesses, and no black money was found. While the Attorney General told the Supreme Court that at least Rs. 4 lakh crores will not come back. Terrorism has not decreased, and fake currency has not been abolished as promised. What kind of nation-building is he talking about? Is this not heartless? The Supreme Court has asked RBI and the union government to submit all details.

Between May 2022 and December 2022 RBI increased the repo rate 5 times. The total increase is 2.25%. Many banks have increased the lending rate by more than 2.25% but deposit rates have not been increased to that level, affecting household depositors and pensioners. Is this not heartless?

For a 30 lakh home loan for 20 years the EMI of Rs.23,258 increases to Rs.27,387 if the interest rate goes up from 7% to 9.25%. So the borrower has to pay Rs.9,90,960 more, which he had not anticipated while availing the loan. That means he/she will have to earn Rs.4129 more every month! Big borrowers who had availed loans from public banks are shifting the loans to private banks, which are offering to take over the loans at lesser interest as they don’t have to process the loans. They don’t care for smaller borrowers.

Inflation has not come down because of the increase in the repo rate. The loan outstanding in the banking system as on March 2022 was Rs.80 lakh crore, which has increased to Rs.129 lakh crore by November 4, 2022. People and businesses in need of money have to borrow, even if the interest rates go up. Big corporates are able to negotiate interest rates which others cannot. So this repo rate alone cannot bring down inflation. When crude oil prices are going down, why are we not reducing the price of petrol and diesel, which have an impact on the prices of every commodity and thus on inflation?

Instead of remaining clueless, careless and heartless, the RBI should seek the opinion of real economists for a course correction. Article 39 of the Constitution states that the State shall in particular direct its policy towards securing an equal right to adequate means of livelihood; ownership and control of material resources of the community are so distributed as best to subserve the common good; that the operation of the economic system does not result in the concentration of wealth and means of production to the common detriment; etc.

The objectives, roles, and functions laid out for RBI are in tune with these Constitutional obligations which the central bank has to uphold.