The SBI chairman has made a statement in Davos, Switzerland on the sidelines of the World Economic Forum that Yes Bank will not be allowed to go down. The same chairman sometimes back stated that SBI will not take over any bank. So the sudden change of mind of the chairman is only because the Prime Minister and the Finance Minister were not in Davos this time. Is it because WEF [World Economic Forum] does not see the Prime Minister Modi as a preferred choice anymore? Why would SBI chairman who is also the chairman of IBA make such a statement?

In case of Yes Bank, the crisis is due to stressed assets of 54.5% [Rs 14700 crores] mainly due to the credit exposure to big corporate houses and companies like Anil Ambani, Cox and Kings, CG Power, DHLF, Essar Shipping and Mcleod Russel. On the other hand the PMC Crisis is due to loans to Housing Development Infrastructure Ltd. to the tune of Rs 6226 crores. Is it due to the fact that Yes Bank is the 4th largest private sector bank [next in line is Kotak Mahindra Bank] and its customers are professionals as acclaimed by the bank, how it won 13 awards in 2018? It might be easy to takeover PMC Bank by another Cooperative/Private/Public bank. It had made a profit of Rs 99 crores last year and follows the large loan as there are assets that are personal or of other companies and promoters.

Neither the RBI nor the Government itself, is bothered about the poor depositors, many of whom are senior citizens who have deposited their life time savings and retirement benefits in these banks. The government which speaks of privatization should be asking private banks like ICICI, Axis or HDFC which were privatized by the government itself to takeover Yes Bank as well as PMC Bank. A huge doubt which arises is that, is the government deliberately dealing with these banks in a way that will help it to push through Financial Sector Development & Regulation Bill? Various reports have pointed out that the merger of associate banks with SBI, PNB, Dena and Vijaya Bank has not helped rather led to problems yet the government is persistent in pushing  for mergers.

The government has to wake up. It must save small depositors and not allow the faith in the banks to go. Government should learn lesson from the massive withdrawals taking place from Central Bank of India due to addition of letter from NPR as one of the KYC documents. 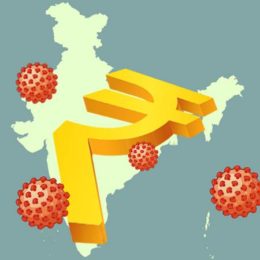 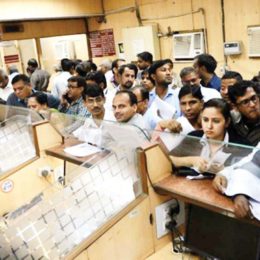