Economic Survey of the government earlier used to provide a lot of analytic data. The report constituted of what has been achieved and what has to be the direction for economic and social development of the country. Unfortunately the current years’ Economic Survey lacks in every field and is full of wrong analysis, supporting failed theories and practices.

Let’s analyze the financial sector report in the Economic Survey and the chapter on Privatization. Analyzing the positives of Nationalization and its achievements the survey quotes some obscure analysis of pro-private authors arguing that the achievements of reduction of poverty, increase in rural branches also increase in rural credit are not due to Nationalization but due to Green Revolution and Integrated Rural Development Programme etc. Yet this argument fails to explain that all the schemes including the above were implemented by the public sector banks, for which the developments would not have taken place.

They claim that “public sector banks are inefficient”, whereas private banks are efficient. Well the two are incomparable in the first place. Public sector banks can’t be compared with private banks as their objective, clients and targets are different. Public sector banks have social goal imposed by the government. They provide credit to the government. Its public sectors banks that implement all social economic schemes launched by the government, like IRDP, PMRY, Jan Dhan Yojana, Mudra Loans, Agriculture Credit, Pension Yojana, Education Loan, MSME loan, etc. If not for public banks, Jan Dhan Yojana would not have been successful in the first place. Now due to bank charges these accounts are getting closed. The survey should also have analyzed this. For the future of banking what is prescribed is recruiting people from the market with MBA, take support of Fintech Companies and use AI, machine learning etc. With low salary and heavy workload MBAs who join also do not stay with the bank. On the Budget day entire banking industry was on strike and government did not care. Many Fintechs are collapsing. PSBs have their own Fintech Solutions which could be improved. AI is already used by PSBs.

SBI Chairman had said “to reach $ 5 trillion economy by 2025, we need to increase the loans from present outstanding by 3 times”. This can’t be done without expanding Branches, at least doubling employee strength and providing autonomy in decision making. NPA recovery is more for haircut by NCLT and recovery from owners is NIL. Companies go bankrupt but not the owners. The biggest example is Anil Ambani.

The survey has not mentioned what happened to Rs.1.76 lakh crores taken from RBI. The survey says public banks made a loss of Rs.66000 crores last year but does not mention that the operating profit was Rs.149804 crores. For the corporate NPA, government is responsible. They closed DFIs and forced Banks to provide loans to power, Steel Telecom Infrastructure etc. where the NPA is high. Now also they are forcing banks to lend by fixing targets every month. They never botherd to implement the recommendations of Finance Standing Committee on NPA (Feb2016).

Survey says we want 6 Global Banks. It quotes countries like China and Japan. Both the countries had economic growth through Development Financial Institutions which helped growth. They did not merge banks to make them big. [see Box 1: the size of Banks to understand where we stand].

SBI is 55th among 100 Banks. Even by doubling the business it can’t reach one among top 10. What is needed is larger scale expansion of banking system. That is possible only though PSBS, especially in rural areas.

Privatizations of all public sector is proposed as solution quoting UK and Ms.Marget Thatcher. A quick glance at Re Nationalization in few countries show the contrary.

The Economic survey is not at all useful for bringing back growth and employment. Until and unless goals are clear, solutions won’t generate. It’s a sad state of affairs. 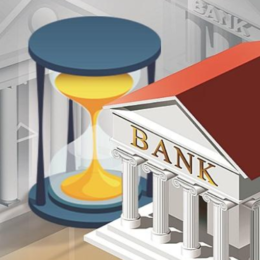 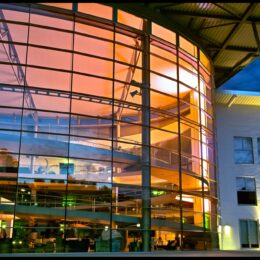 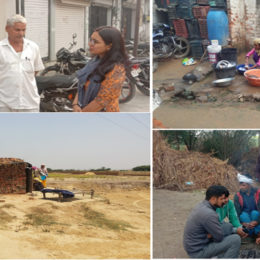 I have been trying to follow the issues. It’s a good effort to make people aware of the impacts of various economic and financial policies that the government is taking. The trade unions should in their way must try to spread financial literacy. I just read your review on Economic Survey 2019. The chief economic advisor, the author of this review came to limelight after publishing a few articles in national dailies championing the disastrous demonetisation, hailing it as a body blow to corruption etc. The very preface reveals how unscientific is his approach when he compares wealth accumulation at Mauryan period, free-market regime during rising capitalism and in the present era when most of the accumulated wealth does not take part in the productive economy. While it is said that politics is the official version of economy, here in contrary Dr. Kumarswamy has provided an economic version of the government policies. It lacks the shean that the earlier two surveys had presented during Dr Arvind Subramaniyam. We could differ with him but no doubt his presentations were brilliant. He has supported the “tricle down theory” by quoating from Adam smith that free market could bring universal opulence. This gentleman praise Neo-liberalism for India’s brilliant growth since then. He forgets that the two most important factors for growth are savings and investments. Can anybody deny that it is only because the PSBs entrance deep into the economy, to the hinterland providing safety and security of bank deposits that India saw brilliant growth in savings which under the present regime has hurtled down and down. The survey has opposed crony capitalism, but found this to grow up to 2011 and thereafter to peter out. Anybody who has even no distant connection with economics will also laugh at the author’s hypocrisy and sycophancy. The survey calls for flexibility in labour laws and wages and does not feel shame that how underemployed and low-paid are our workers. Equally shamefully he defended the sale of family silver, i,e. the sale of profit-making PSUs like BPCL. He mentioned that its sale could fetch 33000 crores, compared to HCPL but forgot to mention that it had been adding to the ex-checker INR 17000 crore for the last five years and that it could be sold at 9 lakh crore at market price and instead was sold at 1.06 lakh crore, again another glaring example of crony capitalism, that India had never witnessed at this height. Ultimately, his advice to the government is to follow the Chines model by assembling parts imported from abroad and export them for MNCs, thus assemble in India to become make in India.