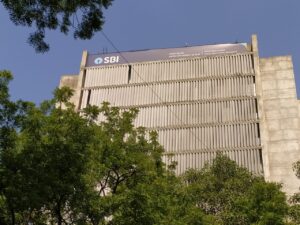 The Asset Quality Review of 2015 saw a surge in NPAs of PSBs jumping to Rs 8.96 lakh Cr in March 2018 from Rs 2.17 lakh Cr in March 2014. This was simply because the norms for NPAs were changed from 180 days to 90 days, and all restructuring of even genuine accounts was done away with.

The Finance Minister claims that it is because of the continuous efforts of the government to reduce the Non-Performing Assets.

How did this happen? In the last 7 years, PSBs wrote off Rs 10.7 lakh crores, mainly for the corporates. The government claims to infuse Rs 3.1 lakh Cr as capital to compensate for this. But only Rs 35,000 Cr was through budget allocation and the rest Rs 2,75,000 crores was by the way of recapitalization bonds where banks lend money to the government which hands it back as equity.

Loans written off by Scheduled Commercial Banks in the last 6 years are given below.

(Based on the reply given to Mr Jawahar Sircar, MP)

By making provision the net profit came down drastically in 2017-18 for the first time in history ever SBI made a loss of Rs 6,547 Cr. That year alone, SBI had to provide Rs 5,600 Cr for a standard restructured loan because of the revised norm for NPAs. The NPA provision for that year alone was Rs 24,080 Crores, but for which the banks would have shown a huge profit.

Once provisions are made and an account is declared as a bad debt (Loss Asset) whatever is recovered is shown as other income in the balance sheet in the subsequent years.

In 2017 RBI itself recommended 12 large loans with credit of more than Rs 5000 Crores to National Company Law Tribunal(NCLT) under the Insolvency and Bankruptcy Code. There were-

So immediately banks made a provision for bad debt as of Rs.253729 Cr. Whatever was recovered in subsequent years after a huge haircut was accounted as other income. Bhushan Steel was taken over by the Tatas. The banks claimed Rs 63,000 crore but, the claim was reduced to Rs 56,079 crore by NCLT and with a 37% haircut banks were paid just Rs 35,200 Cr. It was a running unit and in 2 years the Tatas could muster profit. Brij Bhushan Singhal and Neeraj Singhal are happy, as well as the Tatas. The bank alone lost. Bhushan Power & Steel owed Rs 47,000 Cr but JSW Steel paid only Rs.19,350 Cr. Essar Steel was sold for Rs 19,000 Cr against the claim of Rs 42,000 Cr. The beneficiary is Arcelor Mittal Nippon Steel India.

Alok Industries has been taken over by Reliance Industries Ltd with its partner JM Financial ARC for just Rs 5000 Cr whereas the loan outstanding was Rs 30,000 Cr.

These are just a few examples of how oligarchs are helped by the government, through the NCLT at the cost of banks and their depositors.

The banks are showing profit now because of the following reasons:

The profits should actually go to the depositors whose money banks are using.

There is a clear transfer of considerable funds to large corporates at the cost of the common people who find it difficult to get small loans and are forced to go to Non-Banking Financial Companies, Micro Finance Institutions, Fintechs and loan apps paying huge interest and losing whatever they have through recurring credit.

NPA problems are not over. They will come back again soon and more corporations will benefit unless the people wake up to understand that neo-liberalism is for the transfer of wealth to the rich and not to the poor, which needs to be stopped. Banks’ NPAs are only one tool for the transfer of wealth to rich corporates. As the (A)NITI AYOG says, they are creating a few global champions, at the cost of people and the banks.

The Author concludes with
“NPA problems are not over. They will come back again soon and more corporations will benefit unless the people wake up to understand that neo-liberalism is for the transfer of wealth to the rich and not to the poor, which needs to be stopped”-
which is to be viewed in a multi spread vision.
Congrats …..